This page has some of my favorite pictures of Chatterbox, who was the seventh budgie I have had as a companion in the space of about 40 years. He was with me from February 13, 1999 until September 3, 2006; at seven and a half years of age (I got him when he was six weeks old), he was also the budgie I had the longest. I still miss him very much, although his successor, Tiki, was also one of the sweetest feathered companions one could ask for. 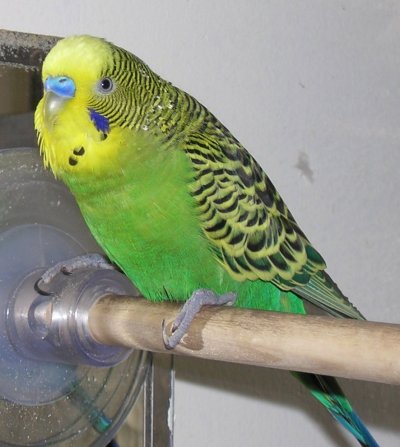 How could you not love such a beautiful little bird? 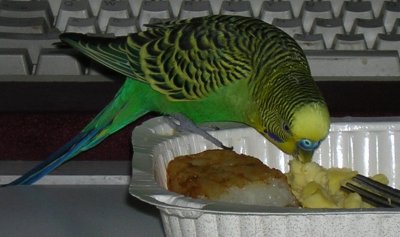 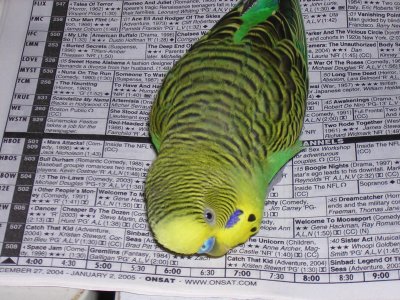 Left: If breakfast included scrambled eggs, Chatterbox would be there in a second. (Good thing egg is good for birds.)
Right: "What time is 'Paulie' on?" 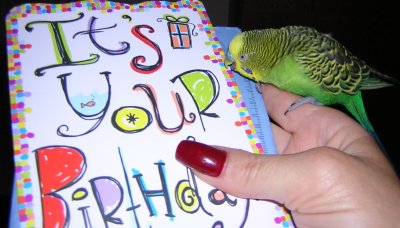 The birthday card was from my mother. Chatterbox apparently thought it was for his birthday. 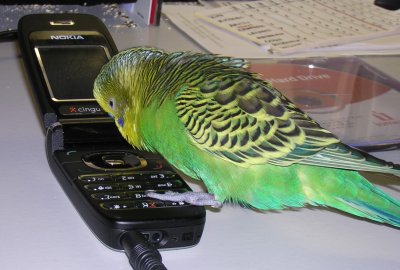 No, Chatter, the "friends and family plan" doesn't include other budgies ...